Last year, I was invited to mentor DesignUp 2018’s Scholarship program. A mix of budding writers, sketchnoters, videophiles and interaction designers had been selected from all over India to attend the conference — all expenses paid — purely based on their enthusiasm to take away their learnings and translate them into stories of their own. In my very first interactions with them, I sensed that same electric anticipation that I’d had way back when I attended my first design conference as a student. You know what I’m talking about: When the conference schedule rolls out, you almost wish you could clone yourself and be in six places at once. No talk or workshop should be missed, no networking event un-networked, no piece of goodie bag swag left behind!

There’s something special about attending a design conference. Each one has a very specific ‘buzz’, if you will, created by hundreds of nerdy designers gathering together, forming this frenetic hive mind over the course of a weekend. For that period of time, even if you are at the farthest corners of the cavernous banquet hall, there’s a feeling of being connected to your tribe. You know it’s completely alright here to talk about wireframes and kerning non-stop from sunrise to sunset without worrying about exasperated sideways glances and blank stares.

I had my first taste of it as a student back in the day, when I suddenly found myself within spitting distance of design ‘gods’ that I had only been able to worship through textbooks and websites — or through flattering ‘homages’ that came out in my own projects as a graphic designer-in-the-marking. It was only years later, when I had the opportunity to go backstage and actually organise some of these events, that these #legends finally revealed themselves as what they had been all along — incredibly humble, immensely talented humans, and in some cases, even friends.

I remember scraping together just enough money from my minimum wage on-campus job, to afford the heavily discounted Student Pass with seats in the nosebleed section. And then being so star-struck that I couldn’t muster up the courage to approach any of my heroes. That aside, it was listening to their stories, about their failures and triumphs and above all, watching how they actually celebrated being able to see the world differently than everyone else, that made it all worth it.

What was most eye opening when I met the DU Scholars, was to see the level of confidence each of them had in their own words; something I had taken years to master. While a few of them were apprehensive about being the only non-designers in the crowd, their fears dissolved pretty much the second they stepped into DesignUp Land.

As a little exercise, a few days before they arrived, I asked each of them to tell me what they were hoping to gain from the experience or a favourite memory from a past one, and this is what some of them replied:

“This is my first Design networking event. I want to meet as many people as I can during my stay at DesignUp. I know many people only from their social accounts. I am excited to meet them personally. I have also started to shoot them messages” -Nikhil Yadav, final year student at IIT Roorkee

“My favourite memory from the last conference was listening to Khoi Vinh. I think that he has played a huge role in impacting my career as a designer. I have been following his blog for a really long time and it has motivated me to write about design and gain an audience for my work.” -Viba Mohan, product designer at Solar Labs

“One thing that I am hoping to take away from my time at DesignUp is a direction for after DesignUp.” – Leena Soni, works at Social Cops

Over the course of a couple of weeks prior to DesignUp 2018, I helped the four Writing Scholars whittle down their ideas into precise topics that could be realistically addressed in the time they had. Each of them came to Bengaluru with a fairly tuned-in voice and point of view, and my job seemed primarily to help them focus their thoughts and make sure they kept themselves open to the unexpected and serendipitous happenings that make such events so memorable.

And then in the weeks following the conference, when we all went our separate ways and our day jobs took over, each of them managed to distill the three days from their own unique perspectives:

“The one thing that I learned was that it’s all about putting yourself out there — through our experiences, our ideas, and our work. It’s okay to be awkward, it’s okay to not have anything to contribute to every conversation, it’s okay to not fit in.” -Leena

“The conferences not only provide learning opportunities but also the opportunity to interact with the speakers. You can ask your questions and clear any doubts after their talk. I remember talking to Ben Crothers, a design strategist at Atlassian and amazing sketchnoter, about Design Systems during a dinner. He was so sweet and approachable. He cleared my doubts without any hesitation.” – Nikhil

“You need to develop skills and traits that allow you to slip into other people’s shoes and understand their environment, emotions and attitudes with the ultimate goal of making their lives easier. The people, meaning, your users.”
– Ashwin Hariharan, Software engineer

And Viba summed it up best by saying:

The talks at DesignUp this year showed me that there is so much more to design than A/B Testing. It’s about people, not just profits.”

From sage advice for fellow attendees to super perceptive observations on design, I thoroughly enjoyed reading what each had to say. 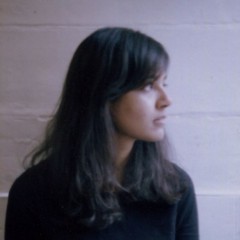