The Futurist was in Bangalore for DesignUp pre-event in 2017

Futurist, strategy and creative designer Monika Bielskyte says she never saw the world for what it was but what it could be made to be. This piece was originally written by Harshini Vakkalanka for The Hindu and published on Nov 9th, 2018. 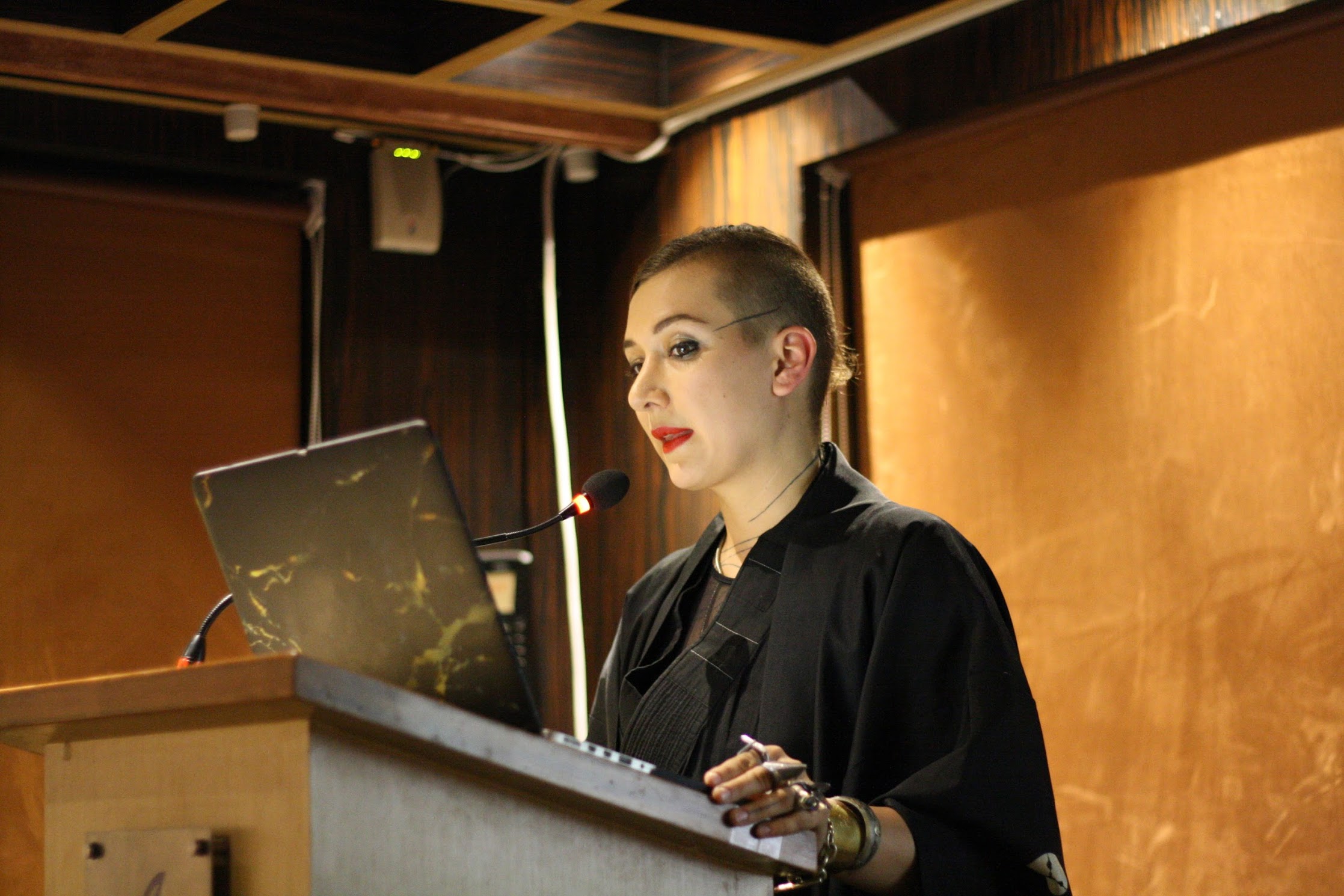 There are those to live on dreams and there are those who bring their dreams alive. Monika Bielskyte is among those rare people who represent a practical combination of both.

I design futures for the entertainment and technology industries as well as cities and governments, she says, over a chat before her talk at the DesignUp 2017 pre-event held recently in the city.

Her expansive LinkedIn profile describes her a “strategy and creative designer with focus on the future of content. I work to inspire people to see immersive media technology and digital formats of reality — (virtual reality) VR, (augmented reality) AR and (mixed reality) MR — as tools and spaces to expand the human potential.”